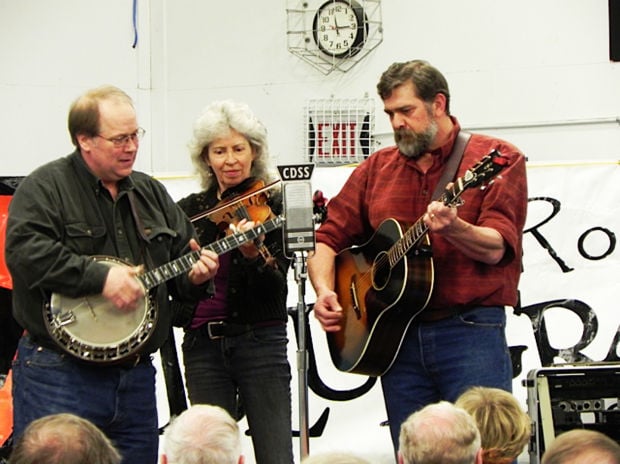 LONE ROCK – How many bands would be willing to load up their gear and travel up to a few hundred miles, just to play a 30-minute set, for no pay?

At least 17, answers Mike Conroy who, with his wife Tari, organizes the Oldtime Bluegrass Festival and Fundraiser, coming up on Saturday, April 13, at Lone Rock School, from noon until 10 p.m.

There were 18 bands, but one had to cancel, says Conroy. He put out the call for bands ‘way back in January, and had all the performance slots filled within 24 hours.

The bands come from throughout western Montana and Idaho. In the “oldtime” tradition, the instrumental lineup is usually limited to the banjo, guitar, mandolin, fiddle, and stand-up bass. Dobros are tolerated. Singing styles tend to the tight harmonies for which bluegrass is famous, and the groups will be playing a mix of traditional and original tunes.

The festival, in its 14th year, is a fundraiser for the Montana Rockies Bluegrass Association (MRBA) but, in truth, it won’t even be raising that much money. Admission is just $5 at the door for non-members, $3 for members, and kids under 12 get in free.